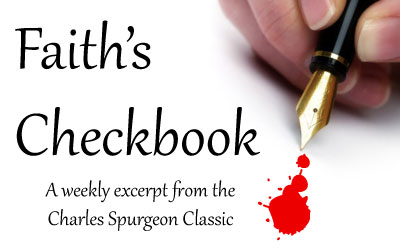 So long as the Lord had work for Paul to do in Corinth, the fury of the mob was restrained. The Jews opposed themselves and blasphemed; but they could neither stop the preaching of the gospel nor the conversion of the hearers. God has power over the most violent minds. He makes the wrath of man to praise Him when it breaks forth, but He still more displays His goodness when He restrains it; and He can restrain it. “By the greatness of thine arm they shall be as still as a stone, till thy people pass over, O Lord.”

Do not, therefore, feel any fear of man when you know that you are doing your duty. Go straight on, as Jesus would have done, and those who oppose shall be as a bruised reed and as smoking flax. Many a time men have had cause to fear because they were themselves afraid; but a dauntless faith in God brushes fear aside like the cobwebs in a giant’s path. No man can harm us unless the Lord permits. He who makes the devil himself to flee at a word can certainly control the devil’s agents. Maybe they are already more afraid of you than you are of them. Therefore, go forward, and where you looked to meet with foes you will find friends. 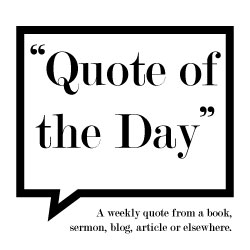 God’s people have nothing to fear as long as they keep their eyes on the Lord. -Pastor Steve Wainright

“Behold, a day is coming for the Lord, when the spoil taken from you will be divided in your midst.” -Zechariah 14:1

Most people think of judgment when they think of “The Day of the Lord”. For the unbeliever, that means fear, but for the believer, it is a time of deliverance, which should cause rejoicing. -Pastor Steve Wainright (excerpt from Wednesday Evening Sermon “The Coming of the Christ” from Zechariah 14)

“Surely there is no enchantment against Jacob, neither is there any divination against Israel.” -Numbers 23:23

How this should cut up root and branch all silly, superstitious fears! Even if there were any truth in witchcraft and omens, they could not affect the people of the Lord. Those whom God blessed, devils cannot curse.

Ungodly men, like Balaam, may cunningly plot the overthrow of the Lord’s Israel; but with all their secrecy and policy they are doomed to fail. Their powder is damp; the edge of their sword is blunted. They gather together; but as the Lord is not with them, they gather together in vain. We may sit still and let them weave their nets, for we shall not be taken in them. Though they call in the aid of Beelzebub and employ all his serpentine craft, it will avail them nothing: the spells will not work, the divination will deceive them. What a blessing this is! How it quiets the heart! God’s Jacobs wrestle with God, but none shall wrestle with them and prevail. God’s Israels have to prevail against them. We need not fear the fiend himself, nor any of those secret enemies whose words are full of deceit and whose plans are deep and unfathomable. They cannot hurt those who trust in the living God. We defy the devil and all his legions. 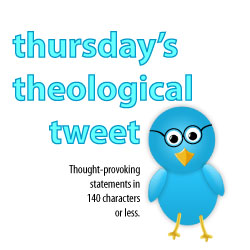 “There is therefore now no condemnation to them which are in Christ Jesus, who walk not after the flesh, but after the Spirit.” -Romans 8:1

The Christian can strive for the loftiest goals of devotion without fear; we can fail and get up time and time again without detriment to our hope or joy because our standing before God is fixed upon the perfect work of Christ and His love for us is immutable and unassailable. -Paul Washer via Twitter

“Therefore thus saith the Lord concerning the king of Assyria, He shall not come into this city, nor shoot an arrow there, nor come before it with shield, nor cast a bank against it.” -2 Kings 19:32

Neither did Sennacherib molest the city. He had boasted loudly, but he could not carry out his threats. The Lord is able to stop the enemies of His people in the very act. When the lion has the lamb between his jaws, the great Shepherd of the sheep can rob him of his prey. Our extremity only provides an opportunity for a grander display of divine power and wisdom.

In the case before us, the terrible foe did not put in an appearance before the city which he thirsted to destroy. No annoying arrow could he shoot over the walls, and no besieging engines could he put to work to batter down the castles, and no banks could he cast up to shut in the inhabitants. Perhaps in our case also the Lord will prevent our adversaries from doing us the least harm. Certainly He can alter their intentions or render their designs so abortive that they will gladly forego them. Let us trust in the Lord and keep His way, and He will take care of us. Yea, He will fill us with wondering praise as we see the perfection of His deliverance.

Let us not fear the enemy till he actually comes, and then let us trust in the Lord.

“Let us therefore fear, lest, a promise being left us of entering into His rest, any of you should seem to come short of it.” -Hebrews 4:1

Fear unbelief and not trusting the Lord your God. You can have a promise from God, but if you do not have faith in the God of the promise, that promise does you no good.

There is no fear in love, but perfect love casts out fear. For fear has to do with punishment, and whoever fears has not been perfected in love. -1 John 4:18

“Love casts out fear, for when we know we are loved, we are not afraid. Whoever has God’s perfect love, fear is gone out of the universe for him.” -A.W. Tozer

“Be not afraid of their faces: for I am with thee to deliver thee, saith the Lord.” -Jeremiah 1:8

Whenever fear comes in and makes us falter, we are in danger of falling into sin. Conceit is to be dreaded, but so is cowardice. “Dare to be a Daniel.” Our great Captain should be served by brave soldiers.

What a reason for bravery is here! God is with those who are with Him. God will never be away when the hour of struggle comes. Do they threaten you? Who are you that you should be afraid of a man that shall die? Will you lose your situation? Your God whom you serve will find bread and water for His servants. Can you not trust Him? Do they pour ridicule upon you? Will this break your bones or your heart? Bear it for Christ’s sake, and even rejoice because of it.

God is with the true, the just, the holy, to deliver them; and He will deliver you. Remember how Daniel came out of the lions’ den and the three holy children out of the furnace. Yours is not so desperate a case as theirs; but if it were, the Lord would bear you through and make you more than a conqueror. Fear to fear. Be afraid to be afraid. Your worst enemy is within your own bosom. Get to your knees and cry for help, and then rise up saying, “I will trust, and not be afraid.”

But now thus says the LORD, He who created you, O Jacob, He who formed you, O Israel: “Fear not, for I have redeemed you; I have called you by name, you are Mine.” -Isaiah 43:1

“Half our fears arise from neglect of the Bible.” – Charles Spurgeon 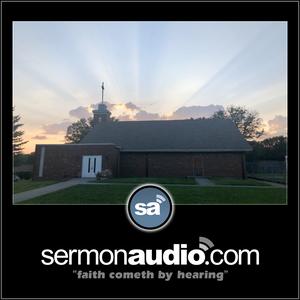 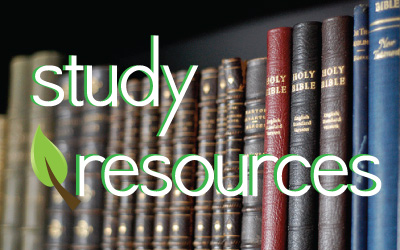